Stevenson plunges in- again – after ‘M*A*S*H’

From the Standard-Examiner, published sometime in 1985:


SALT LAKE CITY - McLean Stevenson had been on the road for days, hyping his new show "America." His suits were rumpled, he was tired and irritable. It was only 10:30 a.m., but be had been speaking to groups of journalists and potential advertisers for several hours.
Finally, the man who gained fame in the role of Lt. Col. Henry Blake on “M*A*S*H” was taking a break, eating breakfast and making small talk with KSL-TV newscasters Shelley Thomas and Dick Nourse.
The laughter and chatter came to a sudden halt when his publicist appeared at the table, reminding him it was time for another interview.

﻿﻿By DONALD PORTER
Standard-Examiner staff﻿
﻿﻿﻿﻿﻿
SALT LAKE CITY -- Patrick Renna and Chauncey Leopardi, two youthful co-stars of "The Sandlot," are sitting in a suite at the Hilton Hotel, attempting to verbalize their feelings about acting in the movie. It's a nostalgic kiddie-baseball fantasy, very much in the vein of the vintage "Our Gang" series. 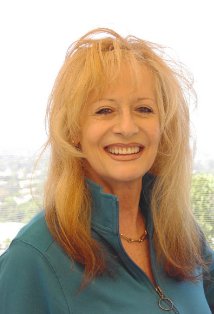 For the past year or two, filmmaker Penelope Spheeris has been smack-dab in the middle of it.

She spent a year working as a story editor on the TV sitcom "Roseanne," then segued into a gig as director of the rap band 2 Live Crew's long-form video, "Banned in the U.S.A." It's as though she went mining for showbiz controversy and struck the mother lode.

Of her experience on "Roseanne," a TV series now legendary for battles between writers, producers and stars, Spheeris likens it to "having a belated Hollywood boot camp. It was pretty horrendous."

And the matter of her touring with and filming 2 Live Crew, the music industry's bad boys? Well, we'll get to that later.

First of all, who is this Penelope Spheeris, anyway? 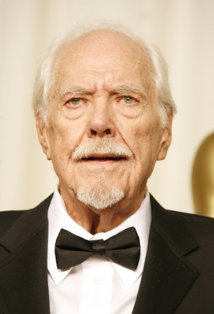 Robert Altman is on the phone from his office in Los Angeles, laughing ruefully that many journalists are labeling "Vincent and Theo," his new film, a "'comeback."

"I wish I could make a comeback," he says. "At first, I resented that by saying, 'Jeez, I haven't been anywhere.' But now I have no work. I'd like to make a comeback, whatever that means."

The currently unemployed film director will be attending the Sundance Film Festival, running today through Jan. 27 in Park City, in conjunction with a six-film retrospective of his work, and to host the regional premiere of "Vincent and Theo" at 7 p.m. Thursday in Park City's Egyptian Theater. The new film is his look at the relationship between painter Vincent van Gogh and his brother, Theo, who supported the artist's nine-year career.

For Patrick Bergin, star of the new film "Mountains of the Moon," the glamor part of movie stardom took a little time to kick in. When he was shooting the film in Kenya, the experience was anything but. There's nothing particularly romantic about having lions thrown at you.

"Having a quarter of a ton of lion thrown on top of me was pretty fantastic and lousy at the same time," he says, laughing. "It certainly nearly killed me."

The scene involved his character, 19th century writer and adventurer Richard Burton, being chased and attacked by a male lion. Fortunately for Burton, the beast was fatally wounded as it leaped through the air at him. 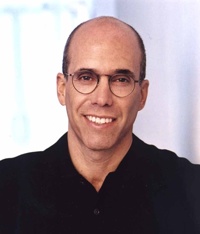 Somehow, this fits: Walt Disney Studios Chairman Jeffrey Katzenberg is squeezing in a phone interview view while tooling through Los Angeles morning traffic, on his way to do more satellite interviews for and TV stations around the country. It serves to reinforce the popular image of Katzenberg, the mogul who is said to complete some 200 phone calls each morning -- after reading several newspapers during his daily rise-and-shine physical workout.

No time to waste. Literally.

And from a business standpoint, who could argue? Katzenberg and Team Disney, transplanted from Paramount Pictures in 1984, took the studio that Uncle Walt built from a dead-last 3 percent market share that year to a first-place 20 percent in 1988. And since then, his motion picture division – including movies released under the Walt Disney Pictures, Touchstone Pictures and Hollywood Pictures banners -- has been hanging tough, never out of the race.

"Aladdin," Disney's newest release, is sure to keep the company's stockholders smiling; it grossed $25.8 million over the Thanksgiving holiday, about 2-1/2 times what "Beauty and the Beast" did during the same time period last year. And critics have lavished so much praise on the film, there's already talk Robin Williams may be nominated for an Oscar in an acting category -- for his voice performance.

One of the features I wrote in 1992 was a food story. I had some fun with it.

By DONALD PORTER
Standard-Examiner staff
SALT LAKE CITY -- If you know anything at all about Bill and Nada's, the landmark eatery north of Trolley Square in Salt Lake City, it's probably that the establishment serves brains and eggs.

A local radio station, KLZX-FM, has fun with the dish in one of its promotions: "Jon and Dan in the morning," an authoritative voice intones. "A Utah institution -- like brains and eggs at Bill and Nada's."

Bill McHenry has been running the eatery since 1946, and brains have been on the menu since he opened the doors. Which means, of course, people have always eaten enough of his brains -- well, not his, exactly, but you know what we mean -- to make them a profitable dish.

"During initiation time at the university," McHenry says with a grin, "we go through a lot of 'em."

And that brings us to the obvious question: Why would anyone, of their own volition, eat the brains of any animal?