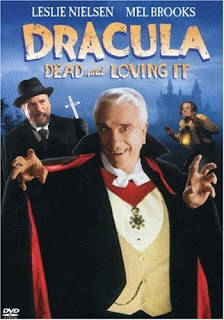 
The scene concludes with Harker literally bathed in the vampire’s blood, a sick-funny moment fit for a Monty Python movie.

Fortunately, that’s about the extent of the gore. Unfortunately, much of the writing is weaker than it ought to be. Brooks needs to figure out a way to hire back a pair of now-successful writer-directors who worked with him in the ’70s -- Andrew Bergman (“Blazing Saddles”) and Barry Levinson (“High Anxiety”). The writers Brooks has now just don’t have comparable skills.


Murphy bites into another bad film with “Vampire in Brooklyn”

So, when exactly did Eddie Murphy decide to star in nothing but lousy movies?

It was 1988, that’s when -- right after “Coming to America.” And the trend continues with the release of “Vampire in Brooklyn,” his latest. It’s a horror flick directed by Wes Craven (“A Nightmare on Elm Street”), and it wants desperately to be a blend of broad comedy and scary effects. It does neither.

Murphy plays the last of a race of vampires who were run out of Egypt, then fled to the Caribbean, where they’ve been waylaying travelers in the Bermuda Triangle for centuries. Now Murphy’s bloodsucker, Max, has traveled to New York City in search of a half-vampire/half-human woman he hopes to transform into a vampire by the next full moon.
Why before the next full moon? Well ... just because, that’s why.

Murphy arrives in the Big Apple on a boat loaded with corpses; he chewed his way through the necks of the crew. And, as luck -- not to mention contrivance -- would have it, one investigating police officer assigned to solve the case of the multiple murders is Rita Veder (Angela Bassett), the very half-vampire Max has come looking for.

Absent Max’s search for Rita, the film becomes, then, about his attempts to seduce her into the vampire fold. And for someone so desperate, Max surely takes his sweet time; when he wants to gnaw on most humans, he simply uses his overwhelming vampire strength to subdue and bite them. But with Rita, the thought never occurs to him.

That’s only one of many inconsistencies in “Vampire in Brooklyn.” But the film really isn’t about vampires. No, it’s more about Eddie Murphy. Like so many star-tripping actors, Murphy seems attracted to certain movie projects out of vanity.

Just why he does this is anyone’s guess. To show off his range? Because he misses the chance to play different characters like he did years ago on “Saturday Night Live”?

Who knows? In the end, “Vampire in Brooklyn” is nothing more than a profane, frequently offensive sham -- not a comedy and not a thriller. Bassett is wasted, and Murphy wastes everybody’s time.


“Nadja” funny, but it tends to get too artsy for its own good 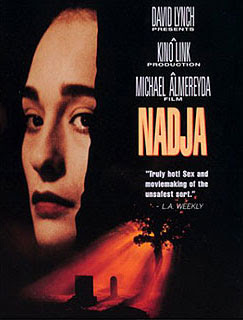 As thickly atmospheric and comically pretentious as any movie you’re likely to see all year, “Nadja” does the artsy thing with the vampire myth.

The film, which premiered in competition at this year’s Sundance Film Festival, follows the twin children, Nadja and Edgar, of Count Dracula, who are trying to break free from their sordid fate.

Nadja (Elina Lowensohn) cruises through New York City’s nightclub scene every evening, preying on one-night stands with the help of her slave, Renfield. She’s not happy about it and says she wants to change. Still, two centuries’ worth of bad habits and bloodlust are difficult to leave behind.

And there’s a new wrinkle in the lives of both Nadja and Edgar (Jared Harris): Dr. Van Helsing (Peter Fonda) has just recently put a stake through the heart of their father. Surprisingly, Van Helsing seems to take little pleasure in his victory: “He was like Elvis in the end,” he says, allowing that the Count’s fame had gone to his head, and he’d lost his edge. That’s indicative of the kind of droll humor you’ll find here.

But Van Helsing’s job is not done. Now the vampire killer is out to get Nadja and Edgar, and he enlists the aid of his nephew, Jim (Martin Donovan).

“Nadja” was written and directed by Michael Almereyda, who displays a keen eye and ear for the cinema. He borrows his deadpan dialogue from Hal Hartley (“Simple Men”) -- not to mention Hartley’s frequent star, Donovan. And his use of deeply textured black and white cinematography is stunning.

But, as with many independents, there’s that uncontrollable urge to be different, and Almereyda does so with a vengeance.

Interspersed throughout the film are scenes shot with the now-defunct Pixelvision, a camera that recorded audio and video images on simple audio cassette tapes. The resulting image brings new meaning to the word “grainy,” and Almereyda seems to be so enamored with the process he tends to use it indiscriminately; we suspect at the outset the Pixelvision is intended as a vampire’s point-of-view device, but then Almereyda shoots other scenes in Pixelvision that are clearly not from a vampire’s perspective.

As such, the technique is reduced to distraction. Something this jarring needs to have a clearly defined purpose.

“Nadja” is an interesting film, and funny -- especially the over-the-top Fonda, who gives his best performance in years -- but ultimately it’s too self-aware for its own good.