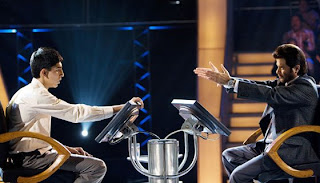 
by Don Porter
Film artists like Danny Boyle, director of the Oscar-winning “Slumdog Millionaire,” are a comparative rarity in world cinema. They make, with remarkable consistency, idiosyncratic films that manage to attract wide audiences. For those who know much about film and the motion picture business, this is a remarkable accomplishment.


That Boyle’s “Slumdog Millionaire” has achieved the pinnacle of recognition with its Oscar nomination and victory finally takes the filmmaker over that last bit of uncovered commercial ground: the kind of attention and praise marketing budgets can’t possibly purchase.


Described simply, “Slumdog Millionaire” is the story of Jamal, child of the Mumbai slums, who is competing on the Indian-TV version of “Who Wants to be a Millionaire.” He’s doing remarkably well on the game show, which seems improbable to the host and producers, who assume he’s cheating. The film flashes back to reveal Jamal’s life story, and the series of sometimes unwatchable graphic events that constitute his education.

“Slumdog” is vibrant, pulsating, funny and grim. We are, at turns, horrified and delighted. As India emerges with First World aspirations, it must drag its Third World realities behind like a gaudy caravan – enlivened and complemented by A.R. Rahman’s brilliant musical score. Boyle’s stunning direction marries the alternately stark and lush qualities of screenwriter Simon Beaufoy’s narrative, and the conventions of Bollywood cinema – huge sections of the film are in Hindi, with subtitles – to his own penchant for Western genre-busting.


Boyle’s cast, led by British actor Dev Patel as the adult Jamal, offers one heartbreaking, thrilling performance after another. The ensemble of characters, each striving along divergent paths to lift themselves from the unimaginable squalor of their youth, tells a modern story, yes, but one with roots as old as human society.


Boyle’s dexterity behind the camera should have him ranked with the best technicians of the business as well as the heart-yanking sentimentalists. His ease when it comes to juxtaposing the two is impressive, and has from, time to time, left him victim to criticism alleging cynical audience manipulation. It’s the same sort of jealousy that dogged Steven Spielberg for too many years. It is, essentially, a complaint that a director is too good. Please.


Local audiences might be interested to know Boyle created one of his lesser efforts in Utah during the '90s: “A Life Less Ordinary,” shot in various Salt Lake and Top of Utah locations. It’s a trivial effort, but makes good fun for spotting familiar streets and buildings.


If you’re new to Boyle via “Slumdog,” it would do you well to sample the best of his previous work, including the re-imagined zombie flick “28 Days Later,” which he followed with the G-rated family film “Millions.” The sci-fi “Sunshine” was an interesting character piece, and both “Trainspotting” and “Shallow Grave” were fresh mid-'90s spins/spoofs on the burgeoning subgenre of hipster crime comedies – both are pitch black and screamingly funny.


“Slumdog Millionaire,” then, isn’t so much a surprise as a long-coming recognition of a filmmaker’s talent. Boyle’s been building to this triumph for a decade and a half. If you haven’t yet seen it, go. If you have, you’re like me: already planning to see it again.