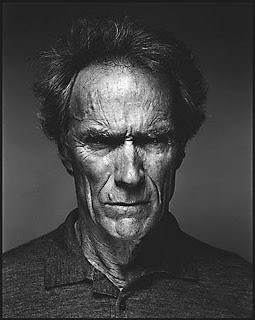 PARK CITY -- It was impossible not to notice Clint Eastwood when he entered the room. Sure, he's a head taller than most people and, obviously, his face is one of the most recognized on the plane. But that doesn't explain it. Not exactly.

There's just an indefinable something about him that won't permit otherwise rational people to let him pass unnoticed. But he wasn't at the Sundance United States Film Festival to talk about himself or to promote a new film. Rather, the topic of discussion -- for a scant 15 minutes, anyway -- was the man who gave Eastwood his star in the Hollywood firmament: the late Sergio Leone, who died last year after suffering a heart attack.

"It was an odd year for me, my life in '63," Eastwood recalled as he sat before an audience of journalists and other assorted gawkers in the Yarrow Hotel. "I had an offer to go to Rome and make an Italian-German-Spanish co-production with an Italian director whom no one had ever heard of."


Leone, the director in question, had only one film under his belt at the time, "Colossus of Rhodes," but he had been working as an assistant director in the movie business for years. Eastwood was almost as obscure, playing second fiddle as Rowdy Yates on the TV series "Rawhide."

Together, though, they would change the face of the big-screen western forever. After their first of three collaborations -- "A Fistful of Dollars" -- the American lore of the West would never be the same.

As Eastwood remembered it, "I just took a lark, I threw the dice and it was a great pleasure when I met Sergio. He didn't speak a word of English; he could say 'goodbye' and I could say 'arrivederci.' but we seemed to have a good rapport right away. We did have an interpreter for a while, but after a while sign language seemed to fit what we were doing."

Eastwood revealed that he knew "A Fistful of Dollars" would be different than any American western early on, for various reasons. Not the least of which was that Leone had no working knowledge of Hays Office restrictions -- the production code that had since the early '30s enforced certain ethical and moral attitudes on films released in the United States, such as no nudity, bad language or graphic violence.

"That was good, in a way," Eastwood said, "because he could just approach it completely from a wholly European, different perspective than we were used to. And that was fun for me. (But) I didn't know if it would work. … I'd go from moments of thinking ‘This might be brilliant,’ to ‘This may be the worst disaster in history.’"

Eastwood, who for much of the past 20 years has been a respected actor and director in his own right, recalled that he realized "A Fistful of Dollars" was a blatant remake of Akira Kurosawa's "Yojimbo" immediately upon reading the script, but assumed that the rights had been purchased by the Europeans before filming began.

They hadn't. So the film was held up in litigation for some time after it was completed, and delayed its release in America for several months.

Leone, who later directed the epic films "Once Upon a Time in the West," "Duck, You Sucker" and "Once Upon a Time in America," was easy to work for, Eastwood said. As he recalled, the director just let him do what he wanted -- and the anti-hero, the violent loner, the laconic good/bad western hero was created.

Eastwood, running a hand through his mostly gray hair, explained the genesis of the Man with No Name: “He understood what I was doing. The producers didn't, though. When the producers first looked at the rushes on ‘A Fistful of Dollars,’ they thought this gringo was absolutely out of his mind – ‘he's not doing anything, he's just standing around with a cigar in his mouth.’

Eastwood and Leone were vindicated, however, when the film became a worldwide smash, vaulting Eastwood to stardom and spawning two sequels -- "For a Few Dollars More" and "The Good, the Bad and the Ugly" -- both of which were directed by Leone and starred Eastwood.

The actor, speaking too quietly to hear at times, told several humorous anecdotes about this early stage of his career – stories that take on special significance when viewed from his nearly matchless stature in the industry today. For instance, he said, the producers of “A Fistful of Dollars” wanted to pay him $15,000 to star in the film, so Eastwood asked his agents if they planned to negotiate the price upward.

“They said, ‘No, they have Rory Calhoun waiting in the wings. You better go for it.’ ”

Eastwood said the role in “A Fistful of Dollars" was attractive also because “Rowdy Yates was sort of the second banana on ('Rawhide') and the dumber of the two main characters on the show.” He wanted to show he could carry a movie on his own. The rest is, as they say, history.

Eastwood has forged a remarkable film career, deftly moving from urban shoot-'em-ups like the “Dirty Harry" series to comedies (“Every Which Way But Loose," “Bronco Billy") to psychodramas ("The Beguiled," “Tightrope") to art-house delights (“Bird") and much, much more. In fact, it was one of Eastwood's most recent films that brought the two men back together after a long separation.

“We kind of grew apart in recent years and hadn't seen each other for some time," Eastwood said. “But last year I went to Rome with a film called 'Bird' that received very good reception. So I went over there and Sergio called me. And it was almost like a renewal of the friendship.”

As a footnote to all this talk of 25-year-old westerns, Eastwood told the audience in Park City that he plans to return to his cinematic roots and make another western soon [“Unforgiven,” it turned out], after he finishes the current project he's working on.

Labels: A Fistful of Dollars, Clint Eastwood, Once Upon a Time in the West, Park City, Rawhide, Sergio Leone, Sundance Film Festival, the Bad and the Ugly, The Good, Unforgiven, Yojimbo