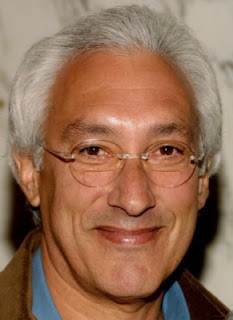 At issue: their plan to schedule "Murder One" against NBC's hit "ER." Will anyone watch the legal serial? Or is the "ER" habit too hard to break? Having aired it for three weeks in "NYPD Blue" 's 9 p.m. Tuesday slot, ABC is hoping those who tuned in on that night will follow the show to Thursdays at 9 p.m., where it's going head-to-head with "ER." ("Murder One" airs locally on KTVX Channel 4.)

The network apparently has a deep commitment to the show, having ordered a full season's worth of episodes: 23. That's an unusual step, since a network typically orders between six and 13 episodes, on the theory that if the show fails, the network isn't out a full season's expense.


Executive producer Steven Bochco said at the Summer Press Tour in Pasadena, Calif., that being thrown up against "ER" is just fine with him: "You order 23 shows from me, you can put it anywhere ,you want."

Bochco is the man who created and executive-produced "L.A. Law," "Hill Street Blues" and the current Emmy-winning hit, "NYPD Blue." "Murder One" is unique in that it will follow one high-profile Los Angeles murder trial for the duration of this TV season – much like another yearlong, high-profile murder trial just concluded in the City of Angels.

"The invention of this show had nothing to do with (the O.J. Simpson) trial," Bochco said. "In fact, we had begun to think of doing something like this years ago on 'L.A. Law.' And because of the way 'L.A. Law' was set up, it really wasn't a practical thing to do at the time."

"We chose to tell this from the point of view of the defense," Bochco explained, "because I just think it's a more complex and interesting set of problems, you know, that they face in a trial of this nature."

The case at issue involves the death of a teenage female. The man police arrest is a married, successful businessman who was pursuing an affair with the late teenager's older sister. But the tables have turned already, in that the police dropped charges against the original suspect and filed charges against a hot young Hollywood actor. If the show continues to drop these kinds of surprises into the mix, audiences may well stick around.

"The thing that I think is so interesting about this," Bochco said, "is that for the first time you're going to be able to tell a story like this with at least some degree of the complexity that really exists, you know, when you mount a major trial of this nature."

Bochco said he also feels the time is right for "Murder One" because TV audiences, by way of the televised O.J. Simpson trial, have become more familiar with the legal process.

Bochco's specialty has been to create and produce series having to do with the legal system. It's a perfect mirror for our society, to his thinking. In theory, he said, the law is everything that is best about the American system.

But, "In practice, it's often everything that's worst about us."